A strong marriage takes work. Being married to a mental health counselor, I know all about the methods for making a marriage last. And based on a phone conversation I just had with my beloved,  I'm thinking I should write a book about it ....

Point #1 in my new book,  Making a Marriage Last: Call and let spouse know you're thinking of him/her.

I punched Russ's number in on the phone and said, "Hi, where are you at?"

I heard the hum of tires on pavement in the background as Russ responded. "Just leaving the state hospital and on my way to 5 Guys Burgers and Fries to pick up supper. I'll be home soon with it."

#2. For marital bliss, one of you (or the other) should always keep the house neat, tidy, and cobweb free.

I paused before continuing the conversation, then sighed, and swiped at a meandering cobweb as it drifted down from the ceiling

Concern tinged Russ's voice as he said, "What's wrong? Why did you sigh; aren't you feeling well?"

I swung my hand in circles, trying to fling the sticky cobweb off.  "No, I'm fine. Just bored. And I thought you'd already left a while ago and were close to home with the burgers and fries by now."

"Well, I'll be there soon with the food and it will help un-bore you." He said it in this cheerful, chirpy voice that annoyed me. I don't know why. Maybe because I was experiencing low blood sugar since it was taking so danged long for him to get those burgers and fries!

I rubbed my cobwebby hand across a pad of paper, trying to get the stuff off. The pad pushed a stack of books off the desk with a crash, causing Corky Porky Pie to leap up from his sleeping position underneath and bang his head. Just to clarify, for those of you who don't know -- Corky Porky Pie would be the dog, not the thirty-six-year-old kid who lives halfway across the country.

#4. Grown children who live far away should not expect an inheritance any time soon. Or ever! (Oh wait ... that goes in the parenting book.)

More concern tinged Russ's voice. "Is everything okay there? I heard a crash."

I watched another cobweb float down. One with a spider attached to it. (Note to Self. Remove words, "Keep house cobweb free," from Point #2)

After pondering the bug for a second, I decided to let Russ kill it when he arrived home. (Note to Self. Doesn't Russ hate spiders? Review blog article about Russ and spiders before writing book.)

#5. To make a marriage last, do not feed the dog any snacks least he barf them back up later into spouse's shoes.

Corky Porky saw the ugly arachnid from the corner of his eye, ran over, and gulped it down. I grimaced as he "urped" and headed over to deposit stomach juices and a half-eaten bug in one of Russ's slippers. "Umm, everything is fine," I said into the phone. (Note to Self. Do not hand Russ his slippers when he enters the door. Let him get them himself.)

Russ cleared his throat slightly. "Okay, then. I'll be home in a jiffy with those burgers and fries."

I suddenly realized my view of marriage might be slightly tainted -- hopefully only for the moment -- by my overwhelming hunger and coma-inducing low blood sugar.  I took a couple of chugs from last night's bottle of apple juice that had managed to stay on my desk through the crash.

Point #6 in my soon-to-be written, enormously popular best-seller, Making a Marriage Last: Let spouse know of your love and concern for his/her safety.

As my sugar level started to rise, I felt less cranky and said, "Drive carefully."

Russ's voice sounded a little distant as the cell phone reception wavered. "Don't worry. I will."

By now I was feeling back to normal, "Ok. Love you," I said. "Watch out for those big trucks on the freeway. I wouldn't want you in an accident because ..." I paused, searching for just the right words to convey the depths of my feelings, " ... because I don't like my French fries bent!"

(Note to Self: Consider possibility that I am not cut out for writing a book on marriage. Instead, write a best-seller titled, Fiction vs. Fact for Repelling Spiders.)

(Author's note: If you enjoyed this mostly true bit of humor, then sign up for my newsletter in the sidebar on the right. That way you won't miss out on future fun. )

The Stolen Lamborghini: Two thugs, Tony and Vido, are altering the identification information on a stolen Lamborghini. Vido's hammering out a new VIN tag for the car and in the middle of it he walks over to the pantry, pulls out a box of Cocoa PuffsTM, looks at the bottom, mumbles to himself and then goes back to work.

When the tag is finished, Vido holds it up for approval. “Atsa pretty good, huh?"

Interested? Then visit http://bit.ly/CMcoupon to download a printable coupon for $.80 off a package of Cereal Muffin Mix.

Money off -- I knew you'd love it because you can't beat that. Even Tony and Vido would agree!

A Small Plug: If you enjoy having your funny bone tickled, then sign up for my newsletter in the sidebar on the right. That way you won't miss out on future fun.

"Two Thugs, and Betty Crocker Cereal Muffin Mixes" © C.L. (Cindy Lynn) Beck. The joke, "The Stolen Lamborghini" is copyrighted by Cindy Beck and may used if credit and a link to bythebecks.com is listed.
Tags: Betty Crocker, MyBlogSpark, thugs, Lamborghini
No comments: 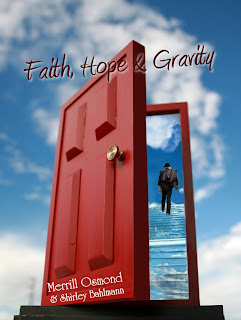 A humor article by C.L. Beck, sponsored by your friends at CliffStevenson.com.

Calgary ... the land of snow and ice. Or maybe palm trees and girls in bikinis. I'm not sure which. But, I do have friends from Canada and none of them are wearing skimpy bathing suits, so I'm thinking my first description of Calgary real estate is correct ... eh?

Preparing for that Calgary Weather
I recently received a request to look at a website featuring Calgary realtors. Being one who likes to come prepared,  I pulled on my parka, snow boots, wooly mittens, and sat down at the computer, waiting for it to freeze up. (Come on, you know that was funny ... cold, Calgary winters ... computer freezing up!)

To my utter surprise it didn't, so I took a look through the site. It was well designed, and easy to navigate. It contained lovely pictures of homes that had sold. But to my astonishment, not many of them were sitting in snow. Here I'd envisioned igloos and husky Canadian loggers in red, flannel shirts and suspenders (well, naturally, pants, too -- this is a family-oriented blog,  you know) and all I'd seen were homes.

The Photo of Cliff Stevenson, a Calgary Realtor
At the thought of Canadian loggers, the room seemed overly warm so I unplugged the electric blanket that I'd originally wrapped around my parka. Feeling disappointed that the site didn't have typical Canadians in furry hats -- who were picking their teeth with hockey sticks -- I sipped my hot cocoa. That's when I noticed the picture of Cliff Stevenson, the website's owner. He looked young. Very young. Thirty years ago, though, I would have said he was nice looking. (Wait, is a married woman of my age allowed to say some guy is good looking?)

My glasses fogged and rivulets of sweat ran down my face. Guilt engulfed me for even noticing he was cute. And then I remembered the steamy drink in my hand and the hot water bottle stuffed under my parka.

All's Well that Ends Well
I removed the winter clothing, then sighed with relief as my temperature dropped -- it hadn't been Stevenson's picture causing the problem after all. Despite a small case of heat rash -- and  finding a few web pages at the site that seemed still under construction -- I decided it'd been a pretty good half hour, filled with interesting information about how to buy and sell homes.

And the best part? I'd only suffered one count of heat exhaustion in the process.

(Author's note: If you're thinking about selling your home -- even if it's not in Calgary -- there's an interesting blog article by Stevenson called, "Do You Want the Pine or Apple Scent?" Among others at the site, it's worth reading.

(Disclosure: This article is sponsored by your friends at CliffStevenson.com. For more disclosure information, please read the disclosure page.)

A Small Plug: If you enjoyed this semi-witty humor article,  then sign up for my newsletter in the sidebar on the right. That way you won't miss out on future fun.