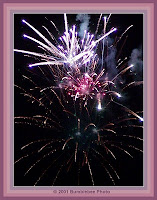 About 6.5 light years ago, I was given a blogging award in which I was supposed to answer a plethora of questions and then pass the award along. Being a blogger of little brain ... ummm, I mean ... being short on time, I said I would answer the questions later, but I did pass the award along to the five bloggers below.

• Where is your cell phone? In my back pocket. Where it frequently butt-dials people and I hear them yelling, "Hello? Hello?" but I can't figure out where they are.(True story. Methinks I should write a blog about it sometime.)

• Your hair? Where is my hair? Why, on top of my head, of course! Silly question. It would look a little odd growing off my toes. Sorta like a hobbit. Although, it might be handy to keep it in a drawer and only stick it on when needed. (The hair, not the toes.) Now that I think about it, though, hair that you keep in a drawer would be called a wig. Duh.


• Your favorite drink? Chocolate milk. Ah yes, chocolate milk ... the nectar of the gods. Or of cows. Not sure which.


• What land are you in? Since fantasy characters seem to be on my mind, I will paraphrase from C. S. Lewis's Chronicles of Narnia: I am in the far land of Spare Oom, in the bright city of War Drobe. (Translated for non-Narnians: I am in the spare room (Spare Oom) in the wardrobe (War Drobe). Hmmm, I think that had a funnier impact when C.S. Lewis wrote it.

• Where do you want to be in 6 years? Rich. Or possibly wealthy. But if that won't work, I'll settle for lotsa money. In reality, I'll probably still be sitting at my computer ... covered in cobwebs.

• One place that you go over and over? To the bathroom. I know it's probably not politically correct to mention it ... but ... you did ask! Oh? You meant someplace other than that? I go to cyberspace. Without a space suite ... space soot ... space suit, even. Yes, I know, it's brave of me and hard to breathe out there, but I'm a courageous woman.